How to Control Multifamily Property with Master Lease Options

with Charles Dobens, The Multifamily Attorney 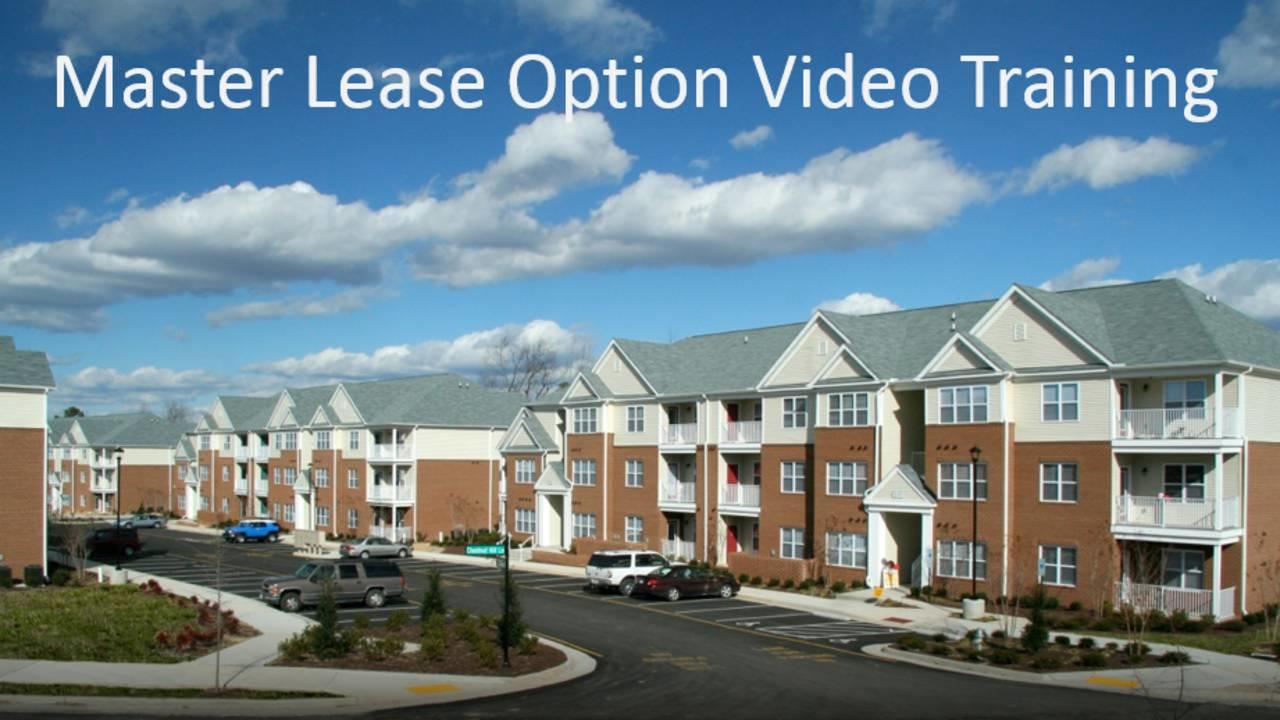 There is the Right Way to Use a Master Lease Option and a Wrong Way!

I’ve recorded one of Boston REIA training classes where I taught how to use Master Lease Options to get started with multifamily investing. In this video series, you'll discover:

* How "off market" properties are the key. Forget all the properties that are listed with brokers. Everyone gets to see those and they get worked over and worn out and nobody buys them. They will show you 10 or so websites that are little-known and that list properties available from banks and individuals that are NOT listed anywhere. These are where the deals can be made

* How to go from being a deal finder to a flipper. A little more work, but no cash or financing of your own. And you get a multiple of the profits.

* How one simple contract lets you get properties for nothing down, and flip them to an investor...a true nothing down deal for you and a nice life changing cash injection from the investor.

* How to avoid having to do a purchase contract at all. By using this simple form instead, you will be in the apartment business and won't need to have stacks of paperwork or hire a fleet of attorneys either

* The biggest mistake beginners make, and why this is so fatal. They will show you how to avoid the mistake entirely, and give yourself oodles of time to find or flip so you aren't under pressure.

Let me give you an example of sorts.

Bob, a student of mine, had his heart set on apartment investing since he wanted to quit his job with the post office.

So Bob started to listen and learn. He first bought books and courses and tried to follow them.

But most of the so-called gurus weren't really doing deals and they were of little help.

Bob discovered what I was doing and we began working together.

He first decided to use my methods to find buildings.

The owner of one was going to sell for $450,000 but Bob looked at the books with me and figured the asking price was too high.

And I noted the signs of trouble there.

Eventually, months later, Bob was offered that building for under $300,000.

It just took a little while.

Sometimes a deal will unfold in two weeks and sometimes it is six months.

When Bob was ready to close the deal he was set on a Master Lease Option and so was the owner.

Frankly the owner was going to lose the property to the bank and was willing to consider anything.

The owner wanted a 12 month term for the Master Lease Option.

I counseled Bob to only accept 36 months or more.

Doing an MLO with a term that is too short is a basic beginner's mistake.

But find out more by downloading our training video. You can pick it up by clicking here.